I've resisted purchasing an HF linear amplifier for many years which was made a lot easier by the fact that they were well out of my price range and there's no way that the station manager would allow it! Roll forwards about 20 years to 2020 and things have changed a little. For one thing, this brilliant linear amplifier kit has been produced by M0HZH Razvan. For $379 you can buy the kit which comprises the main amplifier board that uses two MRF300 MOSFETs to provide 600w of power, but for the complete build, you will need to add the bandpass filter board, a heatsink, case, the rear connection board, and the control unit, oh and of course a 48v DC power supply that can deliver around 25amps and these don't come cheap, the one in the photo below was £360 but it is capable of continually delivering a current of 31amps. The SMD devices are already pre-soldered on to the board which is a godsend if your eyesight isn't great. Razvan says that for optimal performance, the heatsink should have a thermal resistance of 0.1C/W or better at full fan speed and on his instructions, he gives you a recommended part which is from RS components part number 903-3147 and is £59.54

The PCB is a ground plane design with the underside being totally bare which means that you can get maximum contact with the heatsink. The only component that requires an insulator is the voltage regulator which is at the top of the board and comes supplied with the insulator sheet and plastic spacer for the fixing screw.

The first steps in building the amplifier board are to wind the transformers and inductors. I found this to be okay for the most part but the hardline that is used for T1, 2, and 3 was quite hard to get the required number of turns and not run out of the hardline, the supplied length for me was literally barely enough to complete all three of them.

The complete build of the amplifier board took me a lazy three evening sessions of about two hours each. I was able to do most of the build whilst taking part in the Wednesday night Crawley Amateur radio club meeting on Webex. The only real issue that I had was tapping the holes for the screws to secure the board to the heatsink. On one hole my cheap M4 tap snapped which was a royal pain in the arse! Cheap Chinese crappy tap set serves me right for skimping! And then one of the cap head screws head snapped off with barely any effort! Being a cheap arse doesn't pay sometimes. It just caused me another couple of hours of getting annoyed whilst I was getting both offending items out of the heatsink. 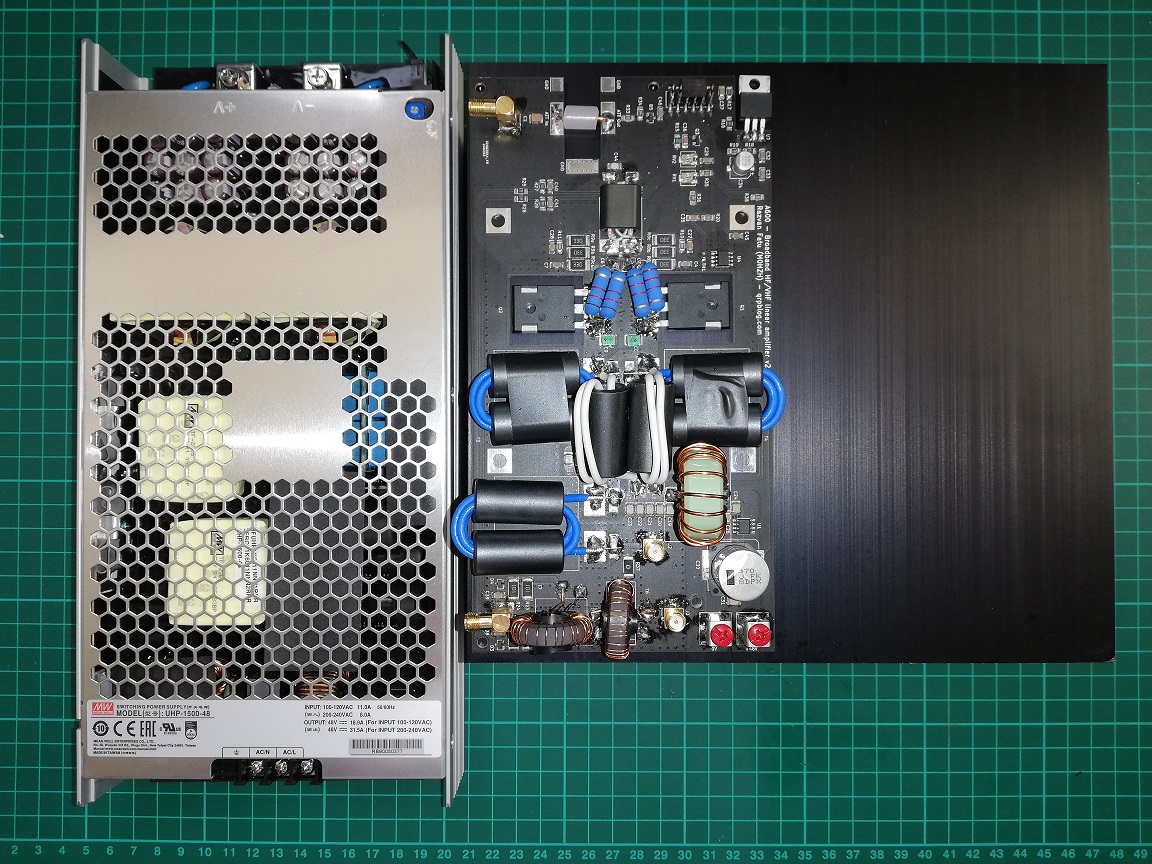