For my birthday which was a few weeks ago now, my wife treated me to a new antenna from DX Commander, Callum M0MCX. He's seen a huge increase in the number of sales during the lockdown so there have been a few weeks to wait for the order to be shipped out. I was very happy to see the order shipped notification come through yesterday which said that it should arrive by the 25th of May. So in the meantime I'm playing around erecting a large loop antenna at about 3m from the ground at the lowest point just for receiving.

The DX COMMANDER that I've ordered is the SOTA expedition edition which is a vertical multi-band fan dipole antenna that is very portable and after the first time it's been set up is then relatively quick to assemble and erect. Which makes it a great choice if you want to go portable operation at the top of a hill or to take on holiday in a backpack.

I'm intending on using my one for the most part at the home QTH, so I will assemble it with that in mind. I've already got a modest set of ground radials under the current homebrew vertical which I will be reusing and adding some more from the new antenna.

All I need now is for the courier to deliver it. *** Apparently it's going to arrive by Hermes by the 26th May so fingers crossed.

It arrived today (22nd May 2020), in a fairly compact box. It was well packed and despite the usual dent in the box thanks to the couriers driving the contents were undamaged.

At least Hermes delivered it before the estimated 26th of May delivery date, so just in time for me to have fun over the bank holiday weekend. Now all I've got to do is unpack it, make sure that everything is there against the contents list from Callum's instructions on his M0MCX website, and then put it together. 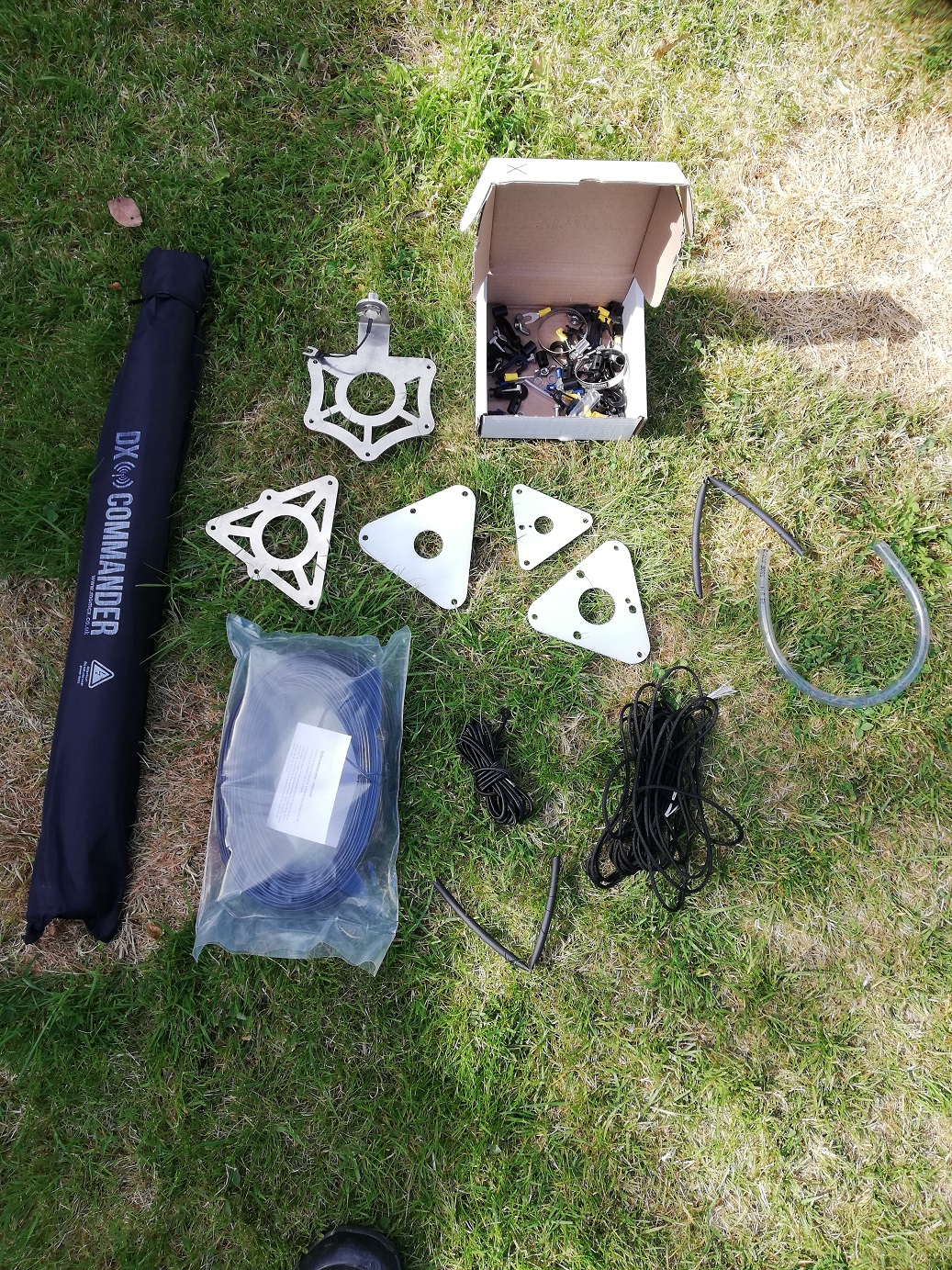 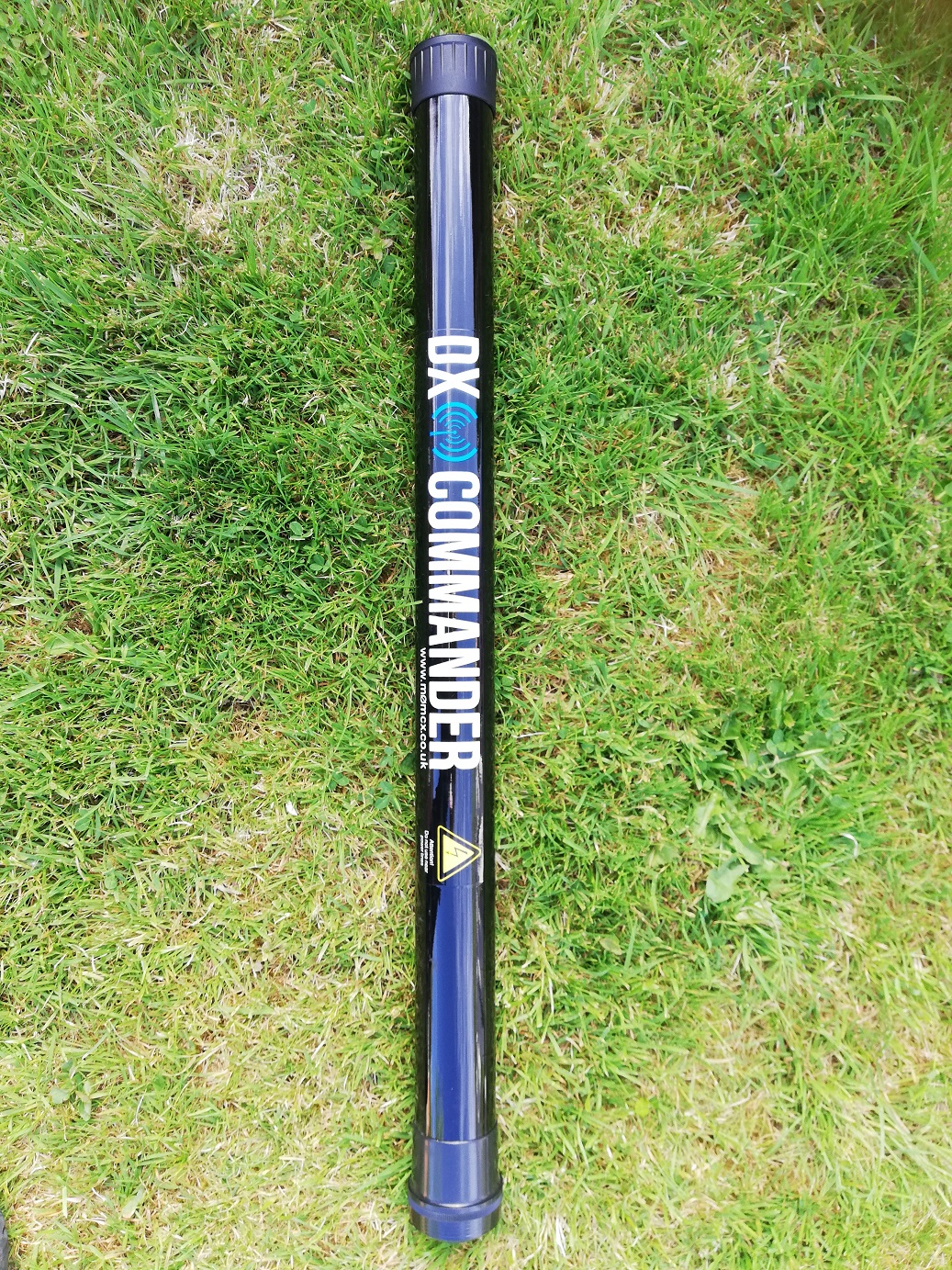 So you get two 50m reels of DX10 wire which is a really nice quality wire that is very flexible and has a fine stranded copper core. This has to be the best cable that I've seen and I'm an electrical engineer and I've seen a hell of a lot of wire! I've decided to cut three elements, one for 80m to make an inverted L, one for 40m which will also tune on 17m and one for 30m and based on Callum's comment about the 40m element tuning on 17m I decided to experiment and cut it slightly longer and fold it back on itself in the hope that it will then also tune on 10m, more on this later.

Measuring the DX10 for the elements. Ideally, you would use a 30m site tape measure to help with this but if you don't have one you can fold the wire back down the tape again. Hint: If you want 8m and you only have a 5m tape then you would measure out to the 4m mark and then double back to the end giving you the 8m that you wanted.

This is the first scan of the antenna with my trusty miniVNA antenna analyser, not too shabby!

** this is a live document that I'm updating as I progress through the build so keep checking back for the latest progress.

Publish modules to the "offcanvs" position.